I reported this issue on github a while back, but it turns out it is a reasonably serious DLL conflict. More details here:
Collaboration for Revit: 2015.6/2016.1 breaks other add-ins | Revit Products | Autodesk Knowledge Network

I noticed these CIP folders were consuming huge amounts of space: 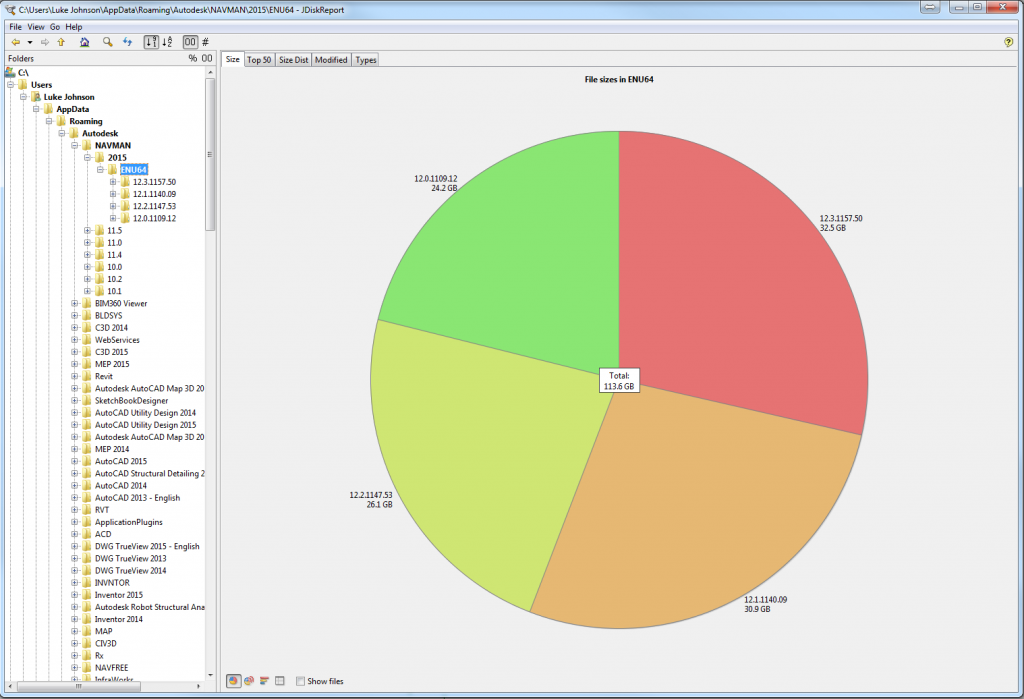 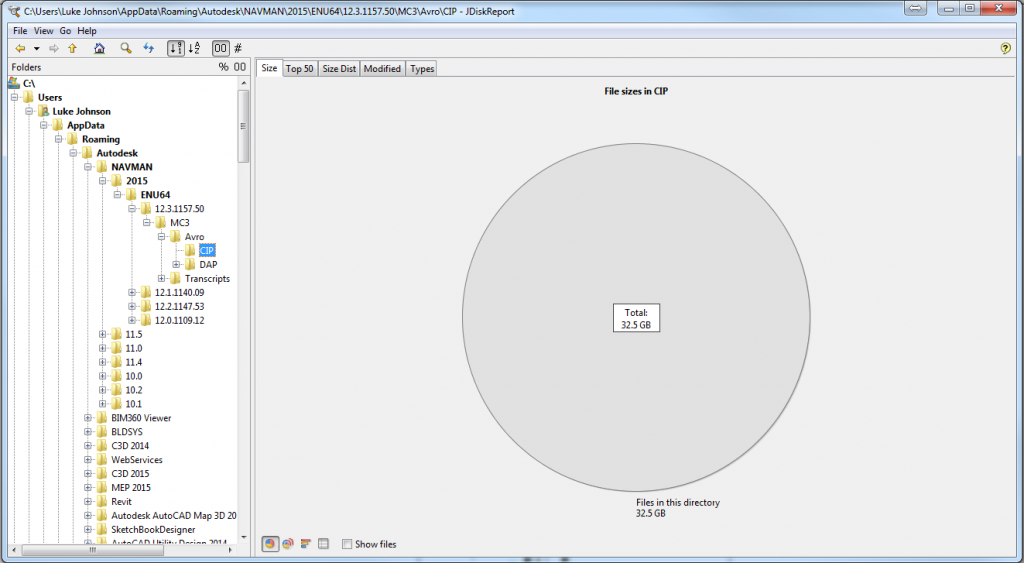 So, I basically deleted everything out of these CIP folders and freed up a lot of space. Upon restart, Navisworks re-created the necessary support files. The current path on latest Navisworks version is:
C:UsersUSERNAMEAppDataRoamingAutodeskNAVMAN2015ENU6412.3.1157.50MC3AvroCIP

Close Navisworks, go to this CIP folder and select all – Delete. Send them to Recycle Bin if you are worried something will break. Open Navisworks, check everything is OK, then you should be able to delete them permanently.

These were the files: 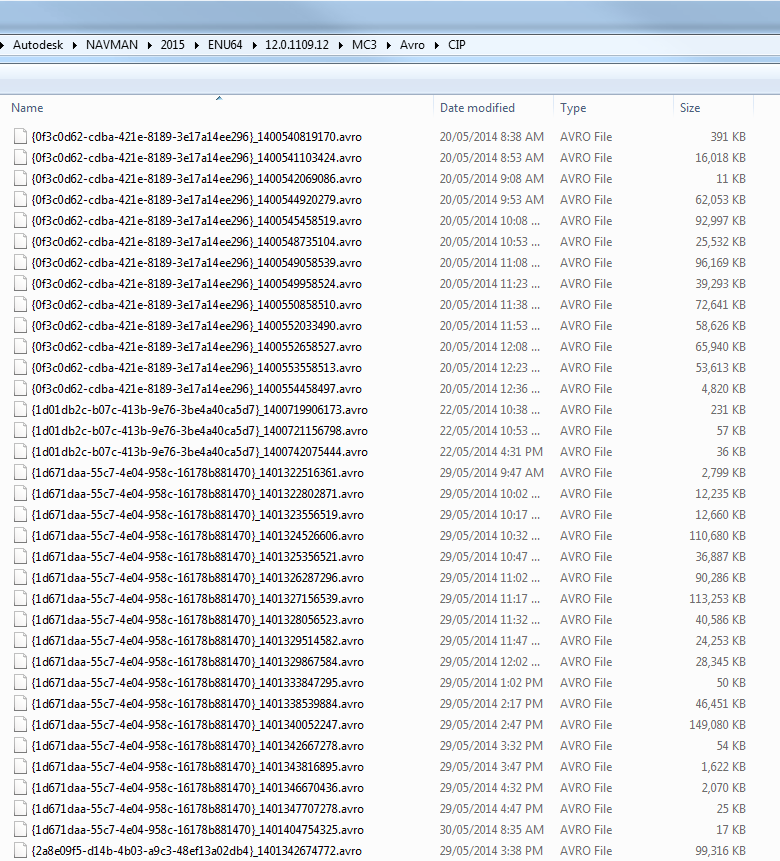 Sometimes, when enabling and disabling CIP in Navisworks 2015, I will get a crash. Save before you do it! 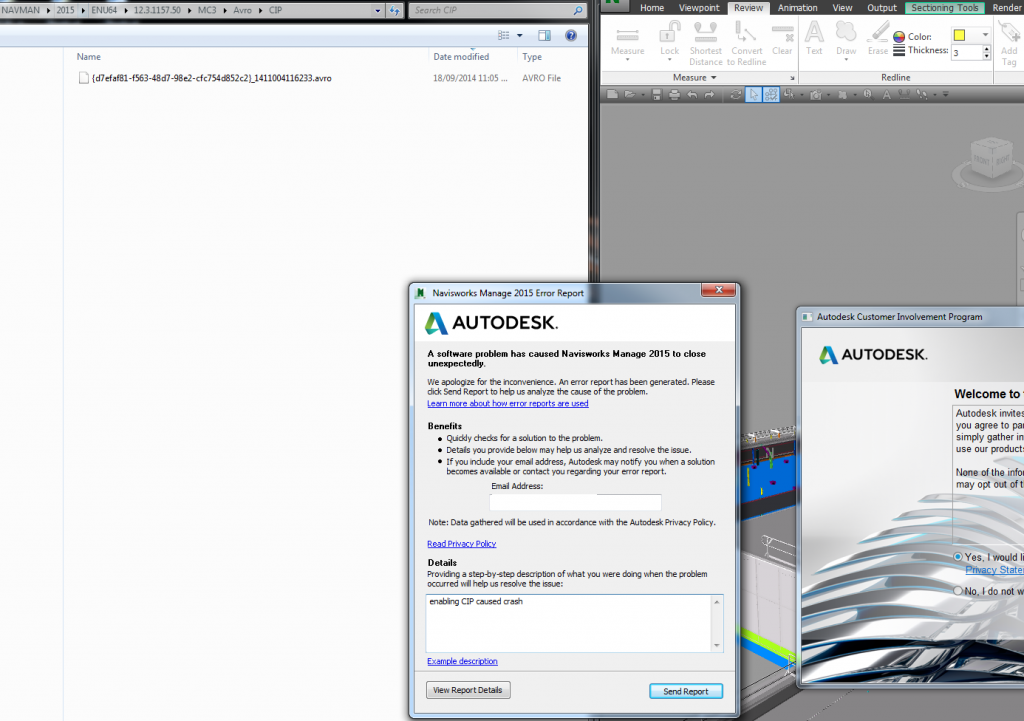 I experienced this error after installing Navisworks Manage 2015:

Basically, a right-click shell extension for ZIP files was looking for Inventor and not finding it. I logged it with Autodesk and was notified that it was a genuine, repeatable issue.

To fix it on my system, I did this:

The right-click menu for ZIP files no longer shows the error. 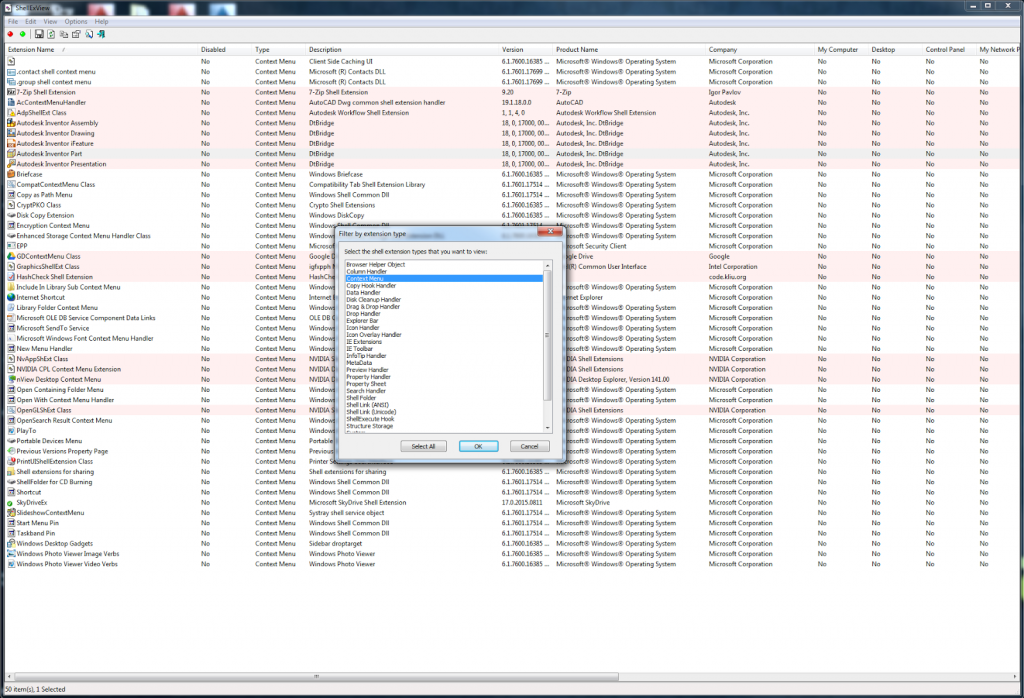 I thought I got in a loop today: 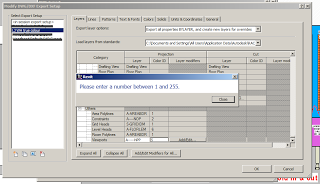 You have to press Close for every selected row (could be hundreds) – quickest way is to hold down the Enter key until the warning goes away.

Originally I thought this was a looping bug, but it is just Revit being overly thorough 🙂

Here is the fix:
If you unload the material library from the template, save it, close Revit, reopen, create a project from your template and add the Material Library there: not a problem. It’s all there.

Now getting back to answer number one: it stays there. The above workflow is a definitive solution to the problem. Once loaded into the project you can reload the Material Library in your template. Then and when you create a new project from that template there won’t be a problem. It’s like the entire problem never existed.

Nasty little bug picked up by Jason Kunkel.  Basically, you make View Template based on a Schedule View.  Then, when you go to delete that original Schedule View, Revit will prompt you with a “View:ViewTemplateName will be deleted” message.  Pressing OK deletes the View Template and therefore leaves any Schedule views with the Template orphaned…

I also discovered that if you Duplicate the Template you made as discussed above, and then delete the original Schedule View, it will prompt to delete BOTH the original Template and the duplicated Template!

I tested this using latest update of Revit 2013.

From Jason’s blog:
When you go to delete it, Revit tells you that it is going to delete them.  And then it does.  Poof.  Gone.  Any schedule that had that View Template assigned is now set to NONE.  On top of that, any View Template that was copied from the prior ones are “linked” as well, so this could be pretty disruptive to your schedule View Templates.

Resolution
find your last Journal File .
open it in notepad
put your cursor at the file BOTTOM of file …
from the Edit pulldown menu select FIND , Select the Direction UP.

via
� Revit : Finding the Error in a Journal File Tech Solutions

Having some problems with a Railing that will not show up in a Detail View unless balusters are added to it!  Video:

I’m almost certain this is related to this previously posted bug:
Extents of Revit 2013 Railings bug – when no balusters exist in definition

I copied some Planting / RPC from one project (in a Design Option) to another project (in the Main Model).  This is what I got: 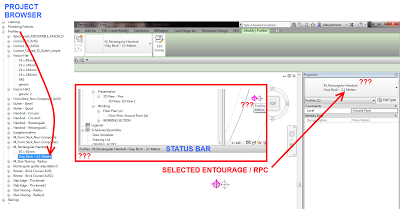 Somehow the Planting instances appeared as a Type of an existing Profile family???

I closed the project and re-opened with Audit.  This did not fix the issue.  Create Similar is greyed out when selecting the RPC, and Create Instance is greyed out for that Type in the Project Browser (not surprising, given that it is on a subnode of Profiles).

This is one of the weirdest things I have ever seen in Revit, and I have seen quite a few…

I can copy and paste the elements with no issue.

And guess what, it even shows up as an option in the Sweep / Select profile list: 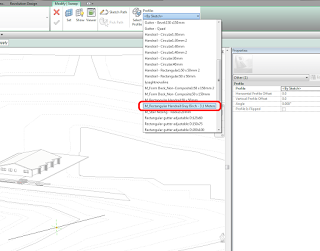 Not surprisingly, when I try to use this as the Sweep Profile, Revit ‘Can’t Create Sweep’.

I deleted the Type and the copy / pasted again but using Edit Design Option rather than unticking Exclude Options – I had the same result.

Apparently, Revit can put your Entourage families into one of the Types of Profile family!

Next try, copied the Type from Project Browser of source RVT: 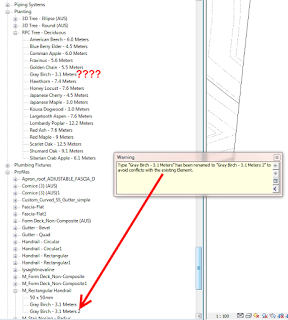 This poem has done the email forward rounds for years, and has been incorrectly attributed to various authors.  It is in the style of Dr Seuss, but was authored by Gene Ziegler.  Here is the full version, from this link:

Bits Bytes Chips Clocks
Bits in bytes on chips in box.
Bytes with bits and chips with clocks.
Chips in box on ether-docks.

And here’s a new trick on the scene.
Bits in bytes for your machine.
Bytes in words to fill your screen.

Now we come to ticks and tocks, sir.
Try to say this by the clock, sir.

If a packet hits a pocket on a socket on a port,
and the bus is interrupted as a very last resort,
and the address of the memory
makes your floppy disk abort
then the socket packet pocket
has an error to report!

If your cursor finds a menu item
followed by a dash,
and the double-clicking icon
puts your window in the trash,
and your data is corrupted cause
the index doesn’t hash,
then your situation’s hopeless,
and your system’s gunna crash.

You can’t say this? What a shame, sir!
We’ll find you another game, sir.

If the label on the cable
on the table at your house
says the network is connected
to the button on your mouse,
but your packets want to tunnel
on another protocol,
that’s repeatedly rejected
by the printer down the hall,
and your screen is all distorted
by the side-effects of gauss,
so your icons in the window
are as wavy as a souse,
then you may as well reboot
and go out with a bang,
cause as sure as I’m a poet,
the sucker’s gunna hang!

When the copy of your floppy’s
getting sloppy on the disk,
and the microcode instructions
cause unnecessary risc,
then you have to flash your memory
and you’ll want to RAM your ROM.
quickly turn off your computer
and be sure to tell your mom!