You ever face a problem and you just can’t stop until you solve it? I came across a model recently that was like that… it was an Revit 2015 MEP file that had a serious problem:
Whenever you created a Duct or Pipe Fitting, it would always be created with System Classification and System Type “Undefined”. 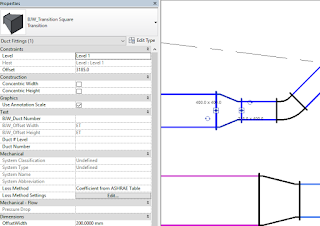 No matter I did, I could not fix this. I tried all of the usual steps. Then, I took this pretty severe one: deleting all warning elements with dynamo:

After you’ve tried everything else and you really want to fix a Revit model… pic.twitter.com/OgFF3au9Gk

And it kinda sorta worked, but not every time. I must have been doing something else as well. Was it Audit? Was it Purge?

Turns out it was Purge. And that was all this model actually needed – a good purge. But what element specifically was causing the problem? Well, does this look right to you?!? 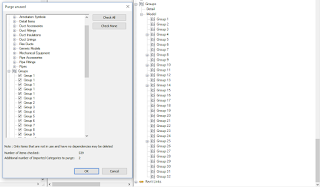 Somehow there are multiple copies of Group 1. But purging Group 1s only didn’t fix it…

To fix this model all that was needed was to

To fix any that were in a broken state, all you have to do is momentarily drag to disconnect one element, and drag it back into position. The system will heal itself, and all Duct and Pipe Fittings will adopt the system they are connected to (as they should).

When troubleshooting, try to always test one thing at a time. In that way, you can more quickly isolate the problem… and the solution 🙂

Paweł Romaniuk has shared his workflow to take various parameters from a model, run the necessary algorithms and then write the area back to a parameter for use in a Revit schedule. Link to pdf download is below… Thanks Paweł. 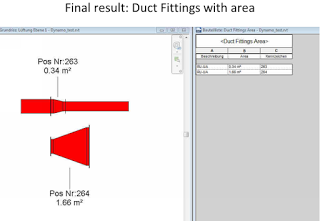 You may have to clean up or fix up a mechanical Revit model where the Duct Fittings have become out of sync with the system they are supposedly connected to. For some reason, the System Classification and System Type may not match up. There are at least two ways to fix this:

I have put together a quick screencast for each of these methods:


If you have another way of fixing these problems, feel free to comment. Thanks! 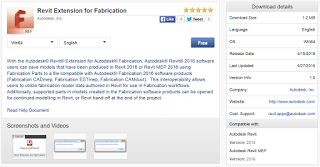 To completely undefine pipes, tab-select the system, then delete it. Pipes will become undefined. Start Draw Pipe command from one end and a new name will be automatically created. Apply System Name and System Type as above.

via
Changing Pipe from One System to Another

and here is how you can break systems up by using a custom family with multiple connectors:

via
Breaking up Pipe Systems

Note on upgrading: we discovered an interesting thing in the Design Office recently. When upgrading Revit 2013 files containing Systems (in this case Pipe) to Revit 2015, it is highly advisable to install the latest update (preferably R2, which is roughly equivalent to Update 4) prior to upgrading. If you use the ‘initial release’ version of Revit 2015, it will come up with lots of warnings if you have systems with duplicate names. However, it appears that the R2 version will automatically go through and un-duplicate the System names for you, making them all unique. Obviously, there may be a situation where this is not desirable (tagged systems linked to quantity takeoff or something), but for the most part it is nice to have all of those errors / warnings fixed during the upgrade to 2015.

Also some related into at:
Re: Pipe System to same Pipe System of a different… – Autodesk Community

UPDATE: Tip from Jim in the comments regarding Revit and Sysque, and exploding systems…
In 2015 REVIT-Sysque if you are having the problem where when you change pipes to a certain system more pipes than you thought (sometimes all) of the pipes change to one system or another.

SOLUTION: Pick a pipe, a tab opens up which says “piping systems” pick that tab. It highlights the whole system the pipe you have selected is apart of. It may consist of supply and return piping. This is where you can explode the system. DO IT. You can then change what pipes you want change to a particular system and not have to redraw anything. jim badiali

via Jim Reis on LinkedIn

Tom’s presentation will cover PCI Skanska’s implementation of SysQue, the transition from CADmep, the challenges and benefits of this progression, and its potential benefit to a large-scale and diversely located company such as Skanska USA.
After attending this session, attendees will be able to:
• Recognize the benefits of working in Revit
•See the big picture Revit setup:

Interesting post by troywright on AUGI, in relation to setting up segregated links as room bounding in your Revit MEP file:
We have this issue frequently, as with major projects we will receive different models for architectural fitout, shell and core and facades etc.

That’s it. Essentially it is an extra step, but it means that the architectural model knows it is bound by the structural model, even though it is only an overlay! I think someone else mentioned this method earlier but with worksets. I can’t see a point in doing this as the nested structural model is an overlay, so it’s irrelevant.

Another issue you may have is that your spaces act up when an architectural model has floor finishes set to room bounding that are higher than the level they are on. To fix this just change all of your levels to have a calculation height above that of the floor finish.

The View “Discipline” setting in Revit is a high level visibility control that can have some significant consequences on how a view actually looks. Amongst other things, it works as a high level switch for Hidden Lines.

As the online Help demonstrates:
In view properties for 2D views and 3D views, set the Show Hidden Lines parameter to By Discipline to display hidden lines based on the assigned discipline of the view.

For all views, the default value for Show Hidden Lines is By Discipline, with the following results:

The By Discipline value also ensures that the view displays hidden lines specified using the Show Hidden Lines by Element tool of the View tab.
Help: About Hidden Lines and View Discipline

Here is part of a recent discussion in the BIM + Revit MEP group on LinkedIn, where we see David is trying to hide Hidden Lines in a Section View in Revit MEP: 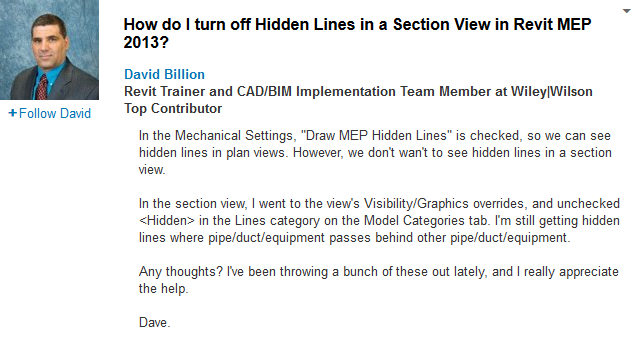 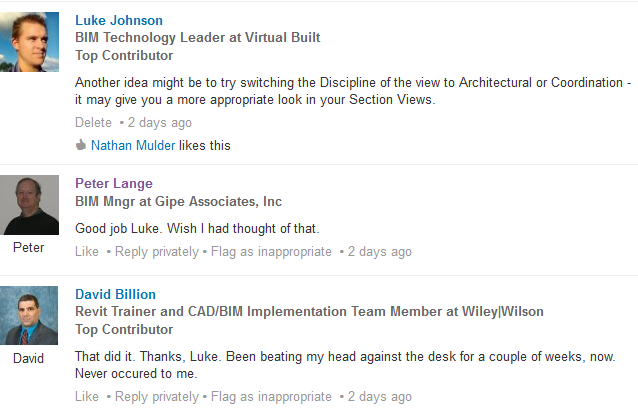 Some more pieces of the View Discipline puzzle:
Determines how discipline-specific elements display in the view. You can also use this parameter to organize views in the Project Browser.
…

and
If you see an entire category of halftoned objects that are not set to display as halftoned (see About the Visibility and Graphic Display Dialog), try changing the view discipline. The Discipline setting determines how different object categories display in discipline-specific views. Also, select Coordination to show all object lines as solid without halftones. See View Properties.
Help: Common Issues with Visibility and Graphic Display

Maybe this quote from Al Beckes in AUGI World (October 2014) will help: 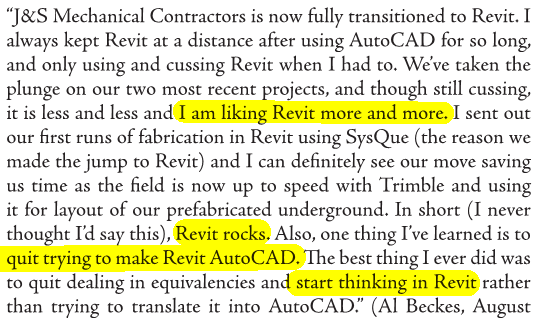 Charlotte Pipe content for Revit:
http://www.charlottepipe.com/revit.aspx
“If you need a complete line of Charlotte Pipe Products, they have been grouped for download…”

via this LinkedIn discussion