Update: this version added some comprehension of IfcElementAssembly. What this means is that your converted IFC may end up with a subelement, and then a duplicate of it inside an IfcElementAssembly. If you are trying to do 1:1 item count comparison between Revit and Tekla BimSight, you will have to selected and hide or delete the IfcElementAssembly components.

You can use this filter to isolate them and then delete select them to delete:

Significant improvements added thanks to CADQ (see release info below).

Most of you already know that VEO is very smart when it comes to document handling – for example, you can easily attach PDFs to elements in the model.  You may have seen my Revit eStorage post, which allowed you to “store” any file on any element in a Revit model.  Now…

The source code for a Revit add-in project allowing you to “Generate QRcodes within Revit 2013 using native Detail objects (filled regions) and group each instance together” has recently been released.

Can you think of some file handling and document management tricks that could be implemented here?  Links to an FTP site, for example, mapped to QR codes in the RVT model?

The link to the github page is:
https://github.com/kmorin/QRCode-Revit2013

Apparently this is version 2.7.  I may be wrong, but there doesn’t seem to be an easy way to check the ‘version’ on Autodesk Exchange Apps.  If you download the MSI, you can check the properties of the file, where you will see that the digital signature is timestamped:
‎Wednesday, ‎23 ‎January ‎2013 10:39:38 AM

You could also check the IFC Exporter page on Sourceforge: 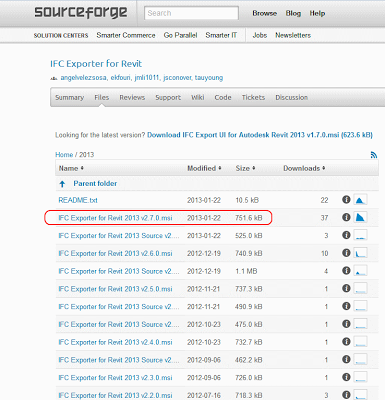