I have developed a working BIM360 to on-premises backup mechanism. There were a few different ways to go…

In the end, I decided to use the Revit API (Dynamo and Python), along with VirtualBuiltApp, to essentially reverse engineer a folder structure from the local CollaborationCache folder. These ideas are hinted at here.

In simple terms, the BIM 360 Docs on-premises backup workflow is:

Some more detail is presented below:

A) Cache Cleaner CMD Script (may not really be necessary, as the ‘reload’ should overwrite superseded cache anyway):

Kill Revit if Open… be careful of below steps, particularly if Revit has crashed recently. You might need these local copies 🙂

B) Manual steps to setup Revit model environment to run the script:

C) Dynamo Script:
Run Dynamo (Python) script that reloads and unloads all links (this collects .rvt into cache). Key Python commands to use are: RevitLinkType.Load() and RevitLinkType.Unload(None).

D) Dynamo Script continues to:
Rename and copy to desired target location. How do we determine this?

Part of the script: 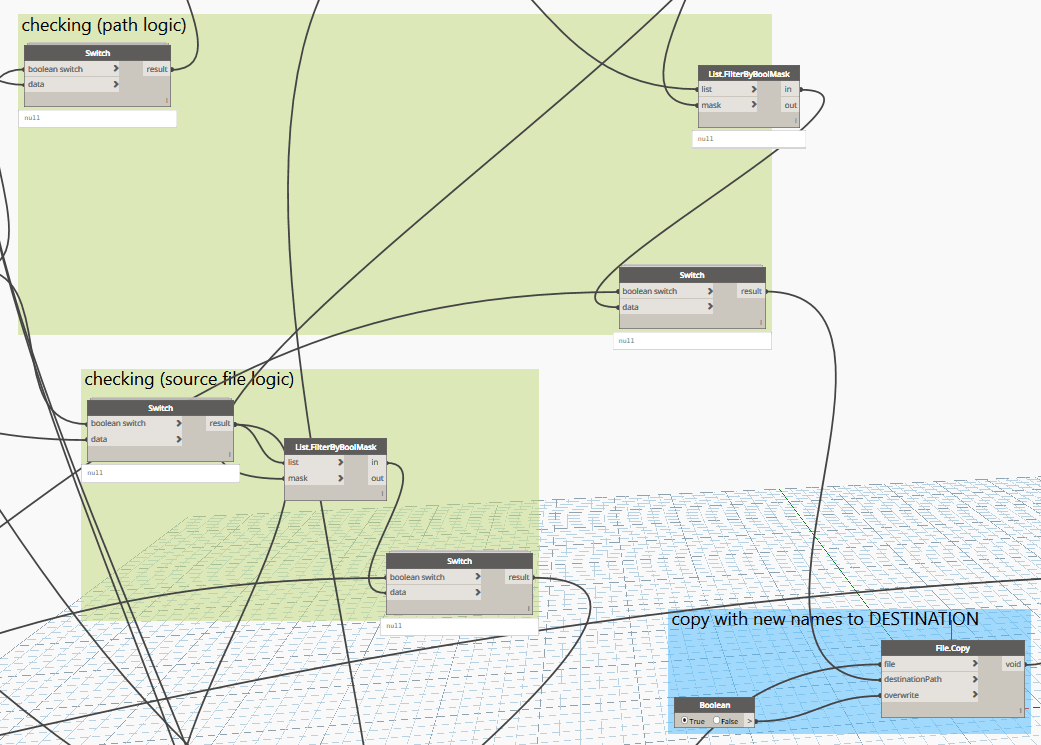 Note: you can actually browse some BIM 360 Docs data in a .sqlite3 file located in path shown below. You can use DB Browser for SQLite as a viewer. 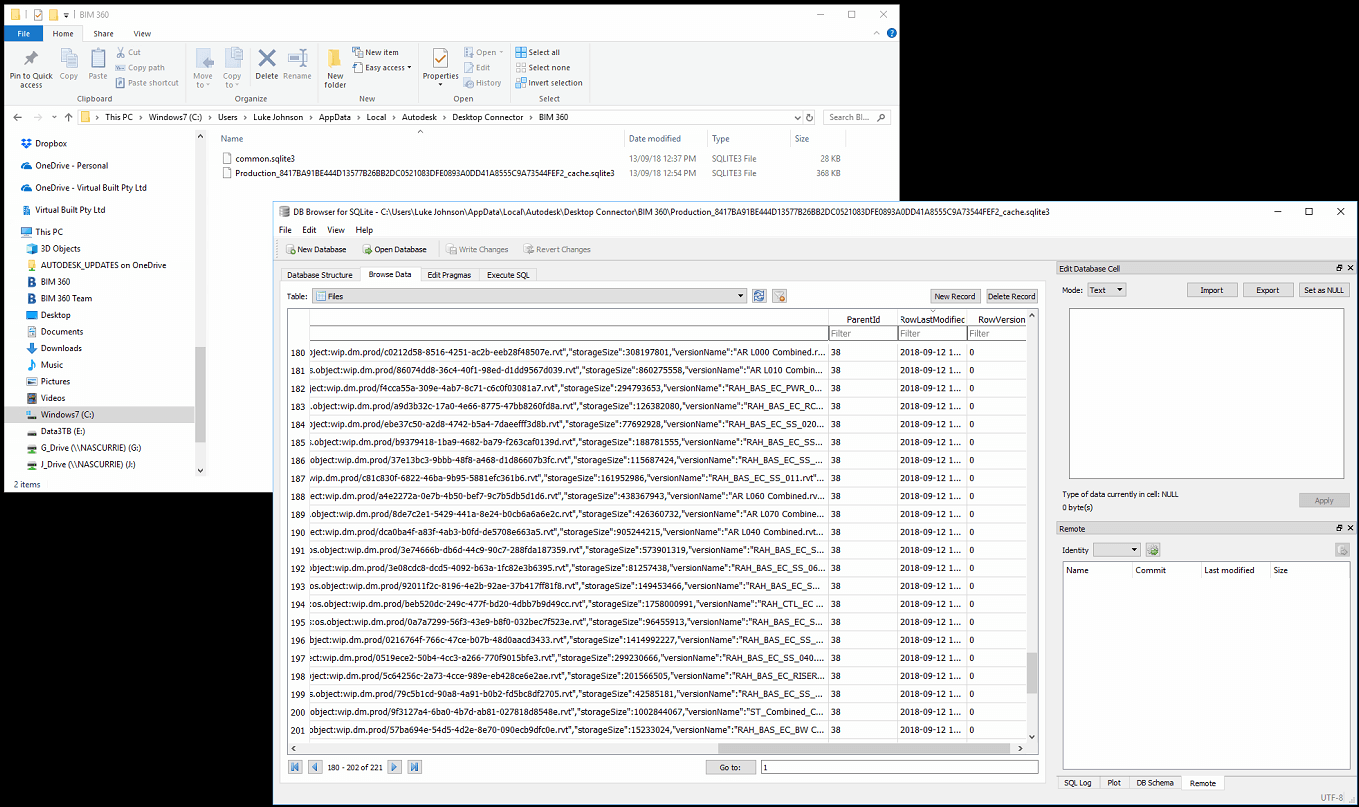 Revit creates a bit of a mess sometimes, leaving behind backup and journal files that can take up disk space and clog your system. I have posted about a few cleanup tools before, including:

You may also have heard about MoveBackup. This tool was created by Maxence Delannoy and has now been renamed to Wormhole for Revit. It comes as a 30 day trial and it can move your Revit backup files to a directory that you choose.

From the main page:

Support for Revit 2015 has been dropped. So if you’re still using this version of Revit, please download the 0.4 here : https://docs.google.com/uc?export=download&id=0B_UzIApsl084dG9wWTYxUmRoTlU

There is a nasty little bug that sometimes causes Backups (and any attempted Restore) to fail on a workshared project.  The way to avoid this problem is so simple that it should probably be implemented on all workshared projects in your office:

check Regenerate if view/sheet is not up-to-date.  This will create a thumbnail for the non-opened view to be included with the initial backup version and eliminate the error message when saving the backup version.
via
Cannot Restore Backup Version an Unknown Error Occurred – The Revit Clinic

However – if you have already come across this problem and it is too late to check the above box … you may be able to get the Restore to work IF you reinstate an appropriately named preview.xxxx.dat file into the _backup folder.  Its worth a try if you are struggling to recover some important data.

To properly recover a Revit file you will need to do the following:

“It automatically selects different methods according to whether Source and DestDir are in the same or different HDD…It can achieve Reading/Writing performance that is close to device limit.”

I had to format and re-install Vista on a laptop over the holiday break. Given that it was an OEM version, and the original disks were not available, I was faced with a bit of a conundrum. How will I restore the activation data without having to contact Microsoft?

Perhaps you have faced a similar problem. Often, OEM installation media is packed with software you don’t need, and it only serves to slow down your PC right from the get-go. However, you can install Vista using standard installation media, and then ‘backup and restore’ the Vista activation data. This way, you are starting with a truly ‘clean’ system. Of course, you will then need to download and install all the necessary drivers for your system.

Before starting the process, I backed up the activation data using the software at the link below. After obtaining some installation media, I installed Vista without providing any product keys (you should be able to do this with any retail Vista media). Then, I restored the activation data. It worked perfectly.

You can download the activation backup and restore utility at http://directedge.us/content/abr-activation-backup-and-restore

You can find a pretty good guide to re-installing a clean system at http://forum.notebookreview.com/showthread.php?t=120228