Download the version translated into English (by this translator) at:
this link 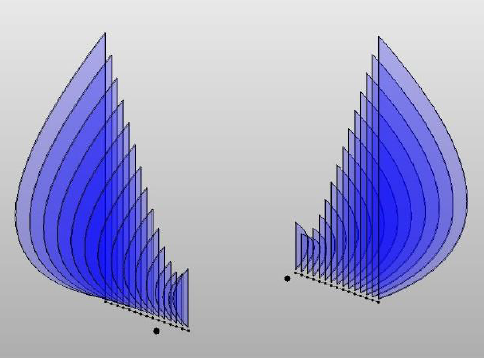 From the Conclusion:
The emergence and rapid development of generative tools to aid architectural design development including analysis and simulation is benefiting many inspiring projects and proposals. Emergence of many new projects and tools are imminent, and the common belief that this is just the beginning makes for exciting times in architecture design.
via Twitter and
Rhino News, etc.: Engaging Generative BIM Workflows

Here are a few quotes from a recent review of a symposium at the Design the Dynamic conference by Generative Design (Bold emphasis added by me.)

” Design is described as a process that stretches between the implicit and the explicit. While a sketch is an implicit design model, BIM is an explicit construction model. “

” Whiles the tools like Vasari reduced the complexity, they were discovered to be less accurate than more advanced analytical tools such as ANSYS that are usually operated by experts.  However, tools like Vasari were found to be useful despite their limitations and misuse by the “Jonny English of CFD” as a presenter described himself, because they can be fixed quickly with a bit of timely expert input. “

” Scripting seemed to have entered the center stage. Unnoticed by academics, it entered academia through the back doors for student usage, thanks to tools such as Grasshopper. Perhaps because it had no known association to any ancient ideas of orders, it remained unnoticed by academics though now some may wish to authenticate it belatedly, given its current dominance…
Architects are now increasingly addicted to the richness of form authored by code. Scripting is most definitely here to stay. “

Quotes via, and Read More at:
What is missing ? � Generative Design