Here’s a taste:
3. Need a slope annotation on your ramp in a plan view? It can’t be done without this trick!
Why won’t it work? Okay, I’ll check with the Revit developers… but in the meantime, do this:
a. Open a 3D top-down view (click on the Top of the view cube) showing the ramp.
b. Use the Spot Slope tool to place a slope arrow on the ramp in the 3D view.
c. Select the spot slope annotation. Click Ctr-x (cut to clipboard).
d. Open the plan view. In Modify tab, click Paste drop-down and choose > Aligned to Current View.
e. The parametric slope arrow now exists on the ramp in the plan view!

Thanks to author Trey Klein. 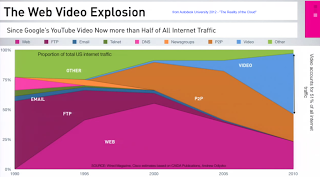 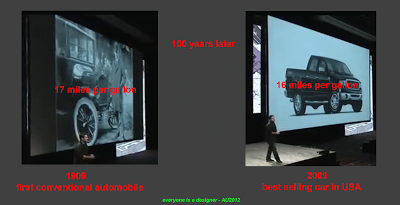 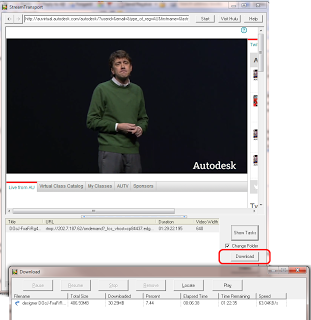 EDIT2 After having more problems (the ooyala host used by AU2012 is particularly resistant to downloading methods), I used Coojah 6 with Firefox 3.5 portable after installing portable flash.xpi manually and running both Coojar and Firefox as Administrator and then downloading with Blader.  All of this happened in a VirtualBox for safety.
Can’t download video from http://www.telegraph.co.uk – Google Groups