There are a few freely available applications for AutoCAD that allow it to do some powerful spline editing – tools we don’t have in vanilla Revit just yet.  You can use the tools below to do some line operations in AutoCAD and then Link / Import the resulting elements into Revit:

Splines to Polylines
Download VLX from page below and use APPLOAD in AutoCAD to load it, then SP2PL to run it:
http://www.cadforum.cz/cadforum_en/download.asp?fileID=1488

Polylines to splines
Copy / paste the script from the page linked below into a text file, then save as pl2sp.lsp
APPLOAD in AutoCAD, then PL2SP to run it
Here is a routine that allows you to turn a “Fit Curve” Polyline into a Spline…
AutoLISP: Polyline to Spline | AutoCAD Tips: 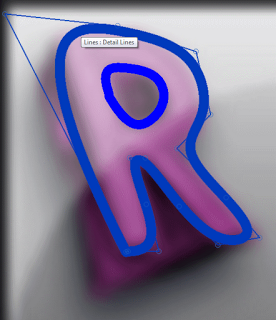 When editing a spline, if you select the spline and right-click, you can access the Add and Delete spline control commands. 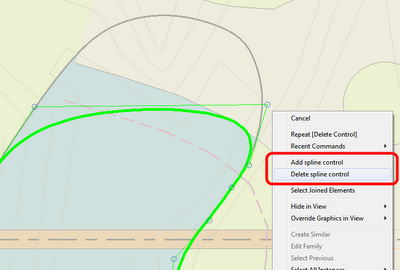 Have you ever been frustrated by Revit when editing the end point of a spline?  You try to drag the end point – and instead the entire line gets dragged or scaled!

The problem?  You need to Tab-select the actual endpoint after selecting the Spline itself.  But you know what?  Revit seems to give you no visual cues that you have selected the End Control Point rather than the ‘end point of the entire spline’.

Here is the three ways to modify the spline using the spline end point:

However, if you have incredibly good vision, there is one difference.  Have a look at the image below:

I think the way this works currently is a bit counter-intuitive.  Hopefully it will get cleaned up in a future update or new release.