Video: Matthew Miller recently gave high praise to this class, when he posted that David Baldacchino’s class AB412 Navigating Through the Storm Using Coordinate Systems in Revit “has been the best explanation of shared coordinates, that has helped me understand them.” 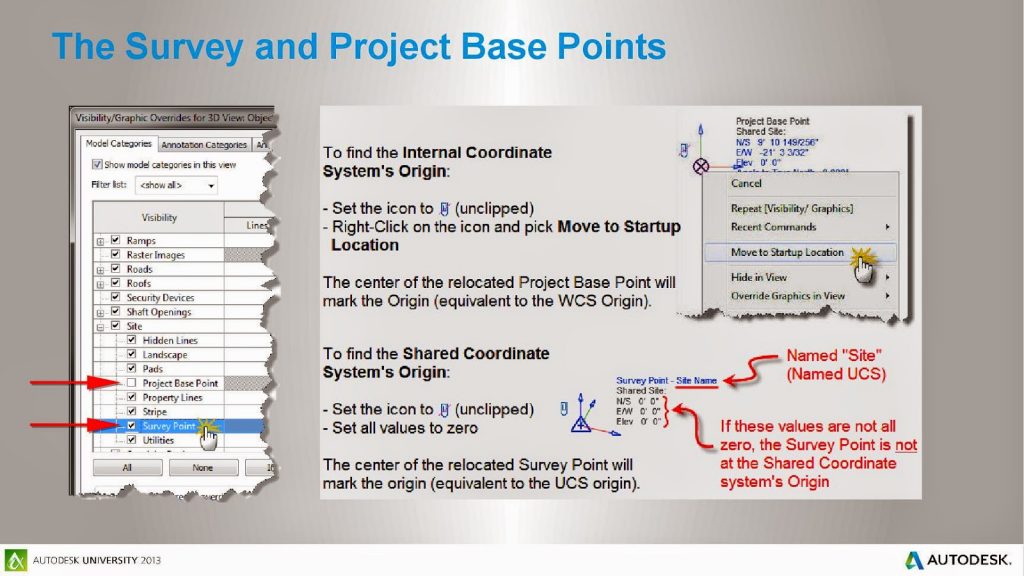 EDIT For some reason the original video is not working.  It was also referenced on Wikihelp here, and that embedded version is broken too.  I tried to contact Youtube user cwm9 but did not get a reply.  I have re-uploaded to here:
http://www.youtube.com/watch?v=RuYely7lu-0&feature=youtu.be

Broken version, was at: http://www.youtube.com/watch?feature=player_embedded&v=mVHgJFrBvC0


The coordinate system or Revit has been rehashed many times on blogs and posts, but has been clear as mud for me, and I suspect a lot of other people. So I took the time to really figure out it, and here’s a 30 minute explanation of how Revit’s coordinate systems work, interrelate,
how true north works, and how to put multiple copies of a building on a site.”