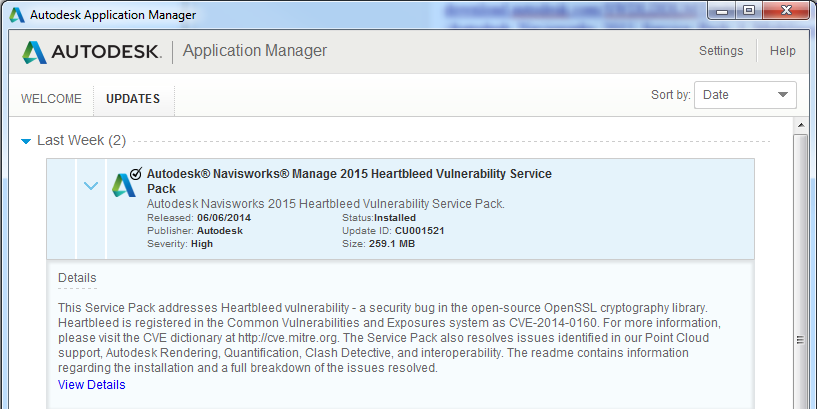 Thanks to Michael Priestman, over at this link:

The problem is actually a bit deeper than that. In 2014 release, we added an optimisation whereby we only stored GUIDs when required in order to perform some internal path-matching operations.

However, this broke functionality in some models where GUIDs were re-generated each export. So, we attempted to fix this in the 2014 Service Pack. So whilst we fixed it, we also introduced serious performance problems and a memory leak. Some of those problems were addressed in the hotfix we released, but this didn’t address everything.
The other complicating factor was that when we released 2014 Service Pack, we changed what data was stored in the NWD files, which meant that files saved with 2014 Service Pack would not load properly in vanilla 2014 release. This was mentioned in the release notes for the Service Pack.

We hope to address all the issues around this area for our upcoming release.

I hope this helps to explain the issue a little.