Interesting new addition to the Labs site.  I think it is intended for Factory workflows, but theoretically could be adapted for BIM productivity analysis.  You basically define Sources, Processors and Buffers to visually analyse the flow of “stuff” through the Process.

In BIM terms, I’m thinking you could visualise “Sources” of content creators into a BIM buffer, which then has outputs in terms of project milestones or deliverables.  Just an idea…

Download and try it out over at Autodesk Labs

As Revit users, we spend about 99% of our time behind a computer screen.  The brains of a computer are commonly known as a CPU (central processing unit).  These days, most CPUs have multiple cores.  The Core i7 975 that I use has 4 cores, and Hyperthreading means that Windows actually sees 8 cores.

Previously, I have discussed adjusting affinity and priority to make the best use of the cores you have.

If you are using an Intel chip, there is a high chance that it is using a technology called SpeedStep.  This basically ‘slows down’ your processor when its not busy.  I don’t know about you, but if I pay for a 3.33 ghz chip, I want it running at 3.33 ghz ALL THE TIME, not just when it thinks it has to…

To disable SpeedStep, head into your BIOS settings.  On the Gigabyte X58 I use, there is a section for ‘Advanced CPU Features’ and inside this, you can ‘turn off’ EIST (Enhanced Intel SpeedStep Technology).  There is also a similar feature known as ‘C1E‘ – I disabled this as well.

Now my processor is running at a consistent 3.33 ghz!

Here are a few tools and utilities you may find useful:

To disable SpeedStep WITHIN Windows while using a laptop with an appropriate Core processor, check out ThrottleStop.

Use all of these tools carefully. 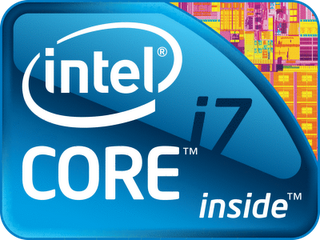