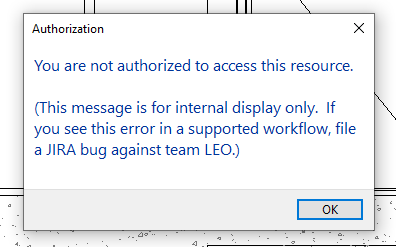 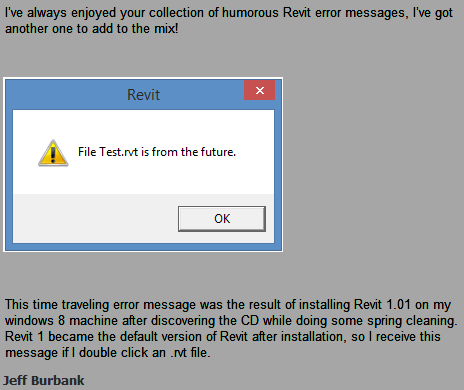 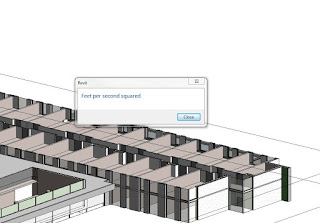 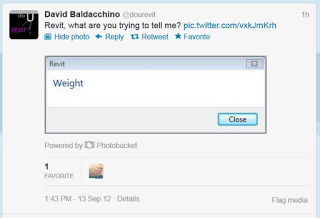 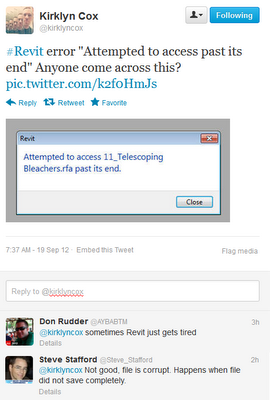 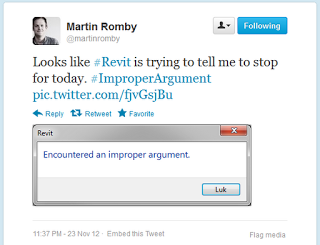 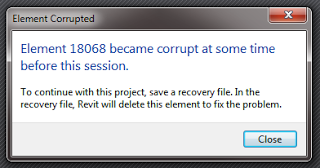 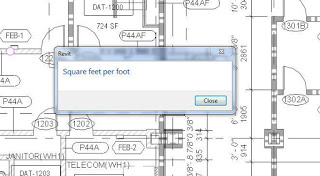 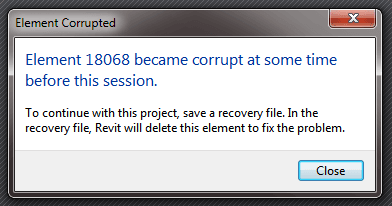 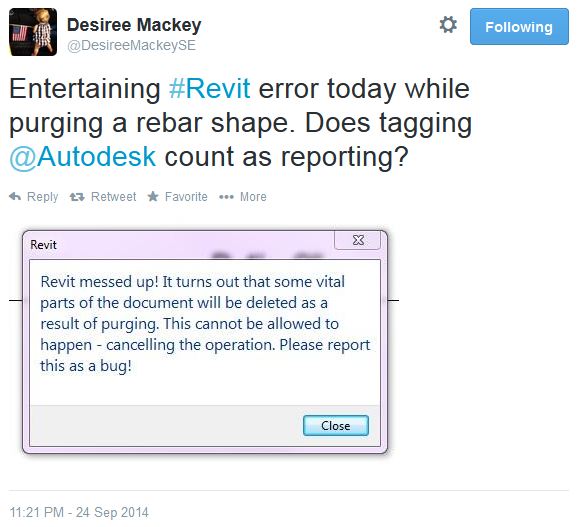 Autodesk must have an internal competition on who comes up with the most bizarre of dialog boxes!

i have just got a note saying

Anyone know the problem – I can open it fine but when i send it the architect it says this.

It is probably in a directory that has a symbol in it or a directory that is past 224 charactors long including the filename and extension. Thats what it was when I got a meters per second squared. Have them try saving it to a higher up folder in the structure and see if they have issues.

Got sent this one the other day….
“Exception thrown in destructor”
Got to love the terminology…..