Quite a momentous day!

(or you can wait for the auto update 🙂

– API Stabilization:  1.0.0 is a commitment to stable code that allows for smoother and more reliable movements from one version to another.  To more clearly express this, we have been moving to “semantic versioning” to illustrate the nature of changes in each release. We will be using the fairly standard version naming with an x.y.z system, where x incrementing represents breaks to the API (requiring developer refactors), y indicates changes that are still backwards compatible, and z are smaller bug fixes.  Package creators and maintainers are encouraged to assess changes to the previous code, which can be found here

https://github.com/DynamoDS/Dynamo/wiki/API-Changes
– Graphics performance enhancements:  see this post for details
https://github.com/DynamoDS/Dynamo/pull/6356
– Documentation: Along with new sections of the DynamoPrimer (http://DynamoPrimer.com), we have started an online documentation of the Dynamo API with a searchable index of public API calls for core functionality. This will be expanded to include regular nodes and Revit functionality.  http://dynamods.github.io/DynamoAPI/
– Licensing:  Dynamo Studio is now using a new version of the Autodesk installer that allows for easier access to network and token flex licensing tools
– Install:  we have created a separate installation for “core” Dynamo functionality, those tools used by all implementations of Dynamo, and Revit, and Studio installations.  This allows for the sharing of a common core of Dynamo code and packages.
– List Management:  Changes to “replication” or automated matching of different data streams in nodes and Code Block nodes eliminates the need for List.Map and List.Combine in many situations
– Send to Web: formerly known as Share Workspace, we have improved the ability to view and interact with Dynamo online with Customizers
– File Export:  Users can now author DWG files in the Translation section of Dynamo Studio.
– Direct Shape:  Dynamo in Revit 2017 can now take advantage of faster and more sophisticated direct shape creation.  In most cases, solid and surface geometry can be sent directly into the Revit environment as smooth (rather than tesselated) surfaces and solids, categorized to whatever is needed.  In the cases where a smooth element cannot be created, a tesselated (mesh) object is created, as was the case previously.

Bug Fixes
– An extensive list can be found here: http://dynamobim.org/incoming-bug-fixes-for-dynamo-1-0-0 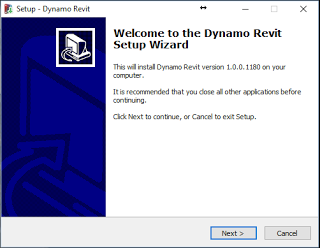