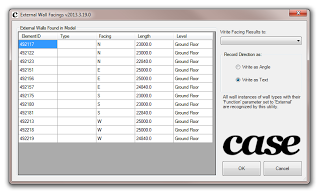 Thats all good but what about one to do the same for windows.
A couple of years ago I had one written by a guy who traded as 4Revit.
Tools4Revit do one but it's built into one of their products, and does not update very well.